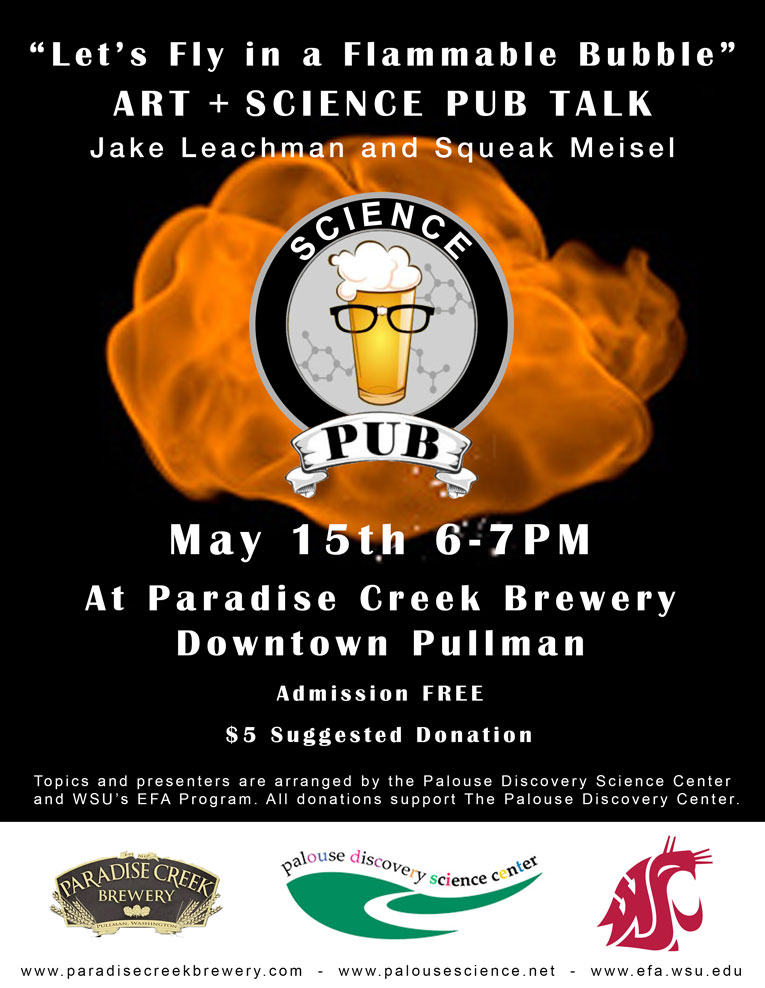 Jacob Leachman, associate professor in the School of Mechanical and Materials Engineering at WSU, and Squeak Meisel, associate professor of Fine Art at WSU, will connect art and science through their Science Pub talk titled, “Let’s Fly in a Flammable Bubble.” The two speakers will highlight how hydrogen bubbles are used to model the engineering of aerospace vehicles. 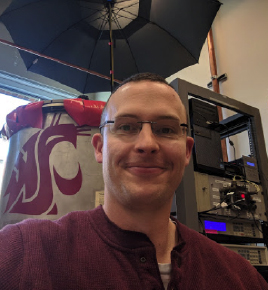 Jacob Leachman is an Associate Professor in the School of Mechanical and Materials Engineering at Washington State University (WSU). He initiated the Hydrogen Properties for Energy Research (HYPER) laboratory at WSU in 2010 with the intent to advance the Technology Readiness Level (TRL) of cryogenic hydrogen systems. He earned a B.S. degree in Mechanical Engineering in 2005 and a M.S. degree in 2007 from the University of Idaho. His master’s thesis “Fundamental Equations of State for Parahydrogen, Normal Hydrogen, and Orthohydrogen,” has been adopted as the foundation for hydrogen fueling standards and custody exchange, in addition to winning the Western Association of Graduate Schools Distinguished Thesis Award for 2008. He completed his Ph.D. in the Cryogenic Engineering Laboratory at the University of Wisconsin-Madison in 2010 on the visco-plastic flow of hydrogenic materials for the fueling of fusion energy machines. He is the lead author of the reference text “Thermodynamic Properties of Cryogenic Fluids: 2nd Edition. 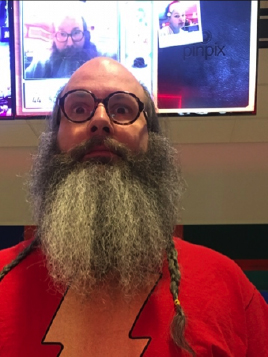 Squeak Meisel spent his youth riding around on Kansas dirt roads in his grandfathers fuel delivery truck spitting cherry seeds at road signs. His adventures often took him near badger caves or running from wild turkeys. Squeak playfully addresses the daily struggles of life through immersive works that invite his viewers to participate in their own inner spelunking. He is an Associate Professor of Fine Art at WSU in Pullman, WA. In addition to having several permanently sited public works in the a Seattle area he has exhibited his temporary site based works both nationally and internationally. He was one of 28 finalists for the Portland art Museum’s 2013 Contemporary Northwest Arts Awards and was added to the Washington State Arts Commission’s roster of artists for 2013-18. He received public art of the year award from Americans for the Arts Public Art Network 2013 year in review for his work begin.